Contract Renewals: Cutting CS and Sales from the Process

The future of SaaS, where no one is fighting over who owns renewals because they don’t exist 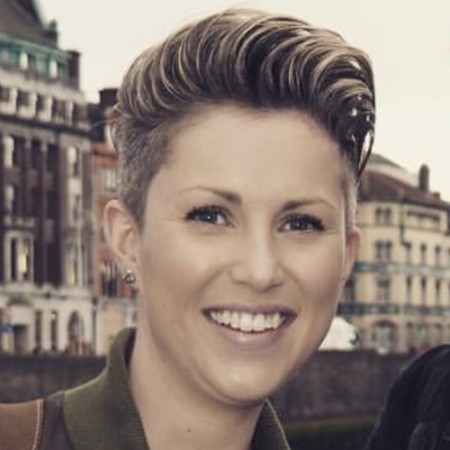 It’s amazing how often when you get a fresh start (i.e., a new job), all of the sudden you see things from a new perspective, and you have the capacity to take a step back and ask yourself “why does it work this way?”

Recently I found myself questioning the current thought process around contract renewals. In short, I believe that CS should be focused on adding value… I’ve outlined my realizations below.

Why Customer Success/Sales Should Not Own Renewals

“CSMs should own renewals because they’re closest to our customers.”

“CSMs should not own renewals BECAUSE they’re the ones closest to our customers. As established trusted advisors, we should keep them solely focused on driving value and not muddying the waters.”

Okay… so if not CSMs, then whom? Sales? Seems like a natural argument given this is a motion (negotiation, contracts, etc.) they already do today. However the common rebuttal to this idea is:

“We can’t have Sales focusing on renewals. We need them to be focused on bringing in new revenue.” Or “Sales doesn’t make sense… they haven’t spoken to the customer since they first signed them 9 months ago.”

If not CS or Sales, then Who?

“Well, we can’t justify having our CSM team or Sales team invest their valuable time into a renewal motion so let’s whip up a whole new team to manage renewals.”

“I have so many people reaching out to me from your company that I don’t know who plays what role. It’s beyond frustrating. I just need help.”

Oyy...is your head dizzy yet? Mine is.

There isn’t a company I’ve spoken with in my 10-year career that hasn’t expressed frustration with the inevitable annual argument of who the lucky winner is that gets to own renewals.

On top of this lovely internal annual boxing match, have you EVER witnessed a customer submit a CSAT score, NPS score or general feedback saying their renewal experience was amazing?

“I loved our negotiation. It’s been the highlight of my partnership with you” ...said no one EVER!!

Simply put, it’s due to:

I was recently chatting with Jeff Breunsbach from Gain, Grow, Retain about this and he made a great comparison to B2C pricing. Think Spotify, Headspace, Rise. The pricing is transparent. It’s productized. It’s easy! It actually is a value-add to the overall customer experience.

Why Transparent Pricing Is Hard For Enterprise SaaS Companies

It’s easy to flippantly say that all pricing should be transparent. I don’t think many people would disagree with that in principle.

The difficulty however in creating a transparent pricing model lies in the complexity of the product and/or service and the need for it to be able to stand on its own without a human explaining the details.

For enterprise SaaS companies in particular this can be a challenge given that pricing often requires consideration of a multitude of factors. Contracts are also often five or six figures, so buyers may not be 100% comfortable yet clicking an “auto-renew” button, which is completely understandable.

These are not prohibitive challenges however - these are merely problems that we should be taking on one at a time to move towards the seamless renewal experiences that all companies and all customers want.

Early-stage startups may be at an advantage here in the sense that they can incorporate this strategy from their infancy. The key is getting the pricing model down, which can be challenging because it often goes through numerous iterations, especially in the early stages. At Catalyst, these are the motions we’re presently working through. Step one was getting alignment at the leadership team level to approach renewals in this fashion. Now that we’re aligned, we have a common north star that we’re working towards as we solidify our pricing strategy and prove its impact, at which time we can move to productization.

The goal here is to get to a solidified pricing model, lock it in, and then partner with Product to build the purchase, expansion, and renewal motions into the product.

For larger organizations that have CS or Sales running renewals today, it may be prudent to look at taking an intermediary step towards the bigger vision of fully automating the renewal motion by introducing a renewals management team. This is a great first step!

At previous companies I’ve worked at, we did analyses that showed CSMs were spending 40% or more of their time on renewals. That was more than 16 hours WEEKLY being taken away from helping customers actually GET value from the product/partnership. Introducing the renewals management team was a big win in the battle to centralize and further optimize the renewal motion. It put us one step closer to the fully automated motion while allowing us to reinvest those 16 hours per week, per CSM, to more impactful customer engagements.

My perspective on renewals and the motion itself stemmed from a customer journey mapping exercise. “Where were CSMs spending their time? Why were they spending it there? Was every engagement adding value to our customers? Detracting value? Providing neutral value?”

I believe every single engagement should be adding value. Renewals have never, and quite frankly, will never be a value-add for customers. Similar to paying bills, buying groceries, or scheduling a doctor’s appointment, a seamless experience is a positive experience.

Before a battle ensues and one team tries to delegate a motion to another team, ask yourself “Why does this motion even exist? What value is it adding to our customers?” If the answer is “none” it doesn’t matter who owns it at your company because you're not solving the root cause of the problem.

What are your thoughts on who should own contract renewals? Sales? CS? Someone else? Let us know on Twitter @catalystio.